Hurricane Sports Foundation are delighted to announce David Goodfield will be joining the coaching team for the Summer Hockey Camp on the 3rd/4th August 2016.  David will bring a wealth of playing and coaching experience to pass onto the juniors attending.

David has played for England at U16, U18 and U21 level. David represented GB at the Youth Olympics Australia in 2013, where they won Silver. David has also represented England at the Junior World Cup 2013.

Helen made her England debut on 16 June 2001 in Belfast against Ireland and went on to amass 105 appearances and 30 goals before her final game on 8 October 2006 at the World Cup in Madrid.  Helen accumulated 11 caps and four goals for Great Britain.

Helen scored a total of 68 goals in the  England Hockey League before her retirement in 2008, and spent two seasons at Rotterdam where she scored 18 goals and was crowned top goal scorer for the First XI in her second season.

In 2015 Helen returned to hockey and became player manager of GSK Orange United Hockey Team until September 2015, Helen returned to the UK at the start of 2016 and signed for Cambridge City where she helped them secure a 3rd place finish in the Investec Women's Hockey League Women's Conference East

We are delighted to announce that we will be joined by four fantastic hockey players/coaches on our December game play camp.

The game play camp will develop aims to challenge players to elevate their game to the next level with high intensity match play sessions that will allow them to be better prepared for the second half of the hockey season.

12 – 18 Years - ability based match play sessions – technical and tactical support from the coaches, including a feedback session– (10am – 4pm).

Connor has been working in Sheffield delivering hockey to schools and community whilst playing for Sheffield Hallam in National League for the past 2 seasons.

We look forward to welcoming Connor to Lincoln next week.

To book your child’s place on the junior hockey camp click here: http://www.hurricanesports.co.uk/school-holiday-clubs-activity-days/hockey-camp-lincoln/

Hurricane Sports have joined forces with the Lincoln friends of Anthony Nolan to organise a 24 hour hockey match with all proceeds going to the Anthony Nolan Trust on Saturday 29th and Sunday 30th August 2015.  On Saturday 29th August there will be fun for all the family to help raise money for the charity and support the players through the day. We would love to see as many of you as possible come down and support the squad through the 24 hour event so please feel free to pass this onto as many friends as possible and we look forward to seeing you all very soon.  All information can be found here:  http://www.hurricanesports.co.uk/sports-events/anthony-nolan-24-hour-hockey/  If you do require any further information please don't hesitate contact our team.  Hurricane Sports Team

We are delighted  to announce that current GB and England Senior Men’s Hockey Manager Andy Halliday will be delivering at our junior hockey camp (23rd and 24th July 2015) and the hockey coaches workshop (23rd July 2015) at the Lindum Sports Club.

Andy will bring a wealth of knowledge and experience to pass onto the juniors and coaches, this is a fantastic opportunity for young hockey players and all teachers/coaches to come and learn from the current England manager.

We look forward to working with Andy at the Lindum Sports Club before he takes England to the Euro Hockey Championships in August.

As a player Andy played club hockey for St Albans HC he captained the club during the 1980’s and 1990’s, this was during a time when St Albans HC won eight national indoor titles and represented England in Europe.

Andy represented England Under 21 indoors and outdoors and he was a member of the England and Great Britain training squad for several years in the eighties and won a silver medal in the European indoor Championships with England in 1991. In 1990 Andy was awarded the UK player of the year award, the first non-Olympian to win the award.

To book your child’s place on the junior hockey camp click here:

To book your place on the hockey coaching workshop click here:


We are delighted to announce that promising young hockey coach Jack Rolfe from Marlow Hc will be joining the Hurricane Sports Hockey team at our upcoming hockey camp in Northampton.


Jack first worked with the Hurricane team at the 2013 Sport Fest event where Jack helped the team deliver a superb hockey coaching zone.

Jack has since gone on to win the 2014 U18 Futures Cup Winner as a player, and developed his coaching CV by working with the Seniors and Juniors at Marlow HC along with coaching JDC and JAC at Bucks County Hockey Association sessions.

Jack was identified by England Hockey as a talented young coach aged 17 and this has seen Jack attend many coaching workshops to help him improve his coaching.

This summer Jack will be coaching the U16 Boys at Oxford JRPC and from September studying Coaching Science at Canterbury university.

We look forward to welcoming Jack back onto the team for this special event in Northampton. 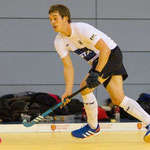 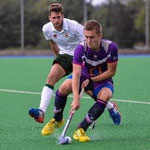 Daniel is currently playing for Loughborough Students and is part of the England Under 21 squad he will bring a wealth of experience for the children to learn from and help refine their core skills.

The camps will also see the return of popular guest coaches Tom Butler and Matt Bell.

Hurricane Sports cant wait to work with all of the coaches throughout the Easter camps. 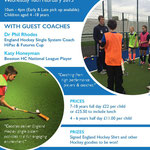 All 3 coaches are well known to company owner Gary Johnson who has worked with all 3 for a number of years across a broad range of hockey courses.

Gary and the rest of the Hurricane team look forward to working with all 3 coaches during the coaching camp.

Hurricane Sports are delighted to announce that former England Under 21 Captain and current EG national league player Simon Faulkner will be joining the coaching team for the two day hockey camp at the Lindum sports association.

Hurricane Sports are really excited to have Simon as part of the team.

The week will see Team Hurricane travel to four locations around Lincolnshire (Louth, Skegness, Long Sutton and Lincoln) with a host of Star coaches (see below) to deliver junior hockey camps (4 – 18 years split into development and elite camps), adult masterclasses (18 years+), junior leadership and umpiring awards(12- 18 years) and a coaching seminar (aimed at coaches and teachers).

Our list of coaches who will be travelling with us are below:

Further information and bookings can be found here

Shona was born and went to school in Grantham, Lincolnshire she started playing hockey at the age of 6 and made her debut for England at the age of 15. Shona progressed through the junior ranks gaining caps at England U16, U18 and U21 level before reaching senior level she also represented GB U21.

In 2013, Shona captained England U21s to their best ever finish at the Junior World Cup (4th) and captained GB U21 to a Bronze Medal and the Youth Olympics in Sydney. In November 2013 Shona made her GB senior debut aged 21 in a 3-1 win vs Germany. Shona is currently training with the England and GB Senior Women’s Squad working towards the World Cup in June and the Commonwealth games in July.

Shona studied business administration at Tilburg University in Holland and gained valuable playing and coaching experience from the university and also her club in Holland MOP. This along with her wealth of International hockey experience will be of great benefit to juniors and adults who attend the official opening sessions at the Lindum Sport ground.

Shona has a wealth of hockey experience and we are really excited that Shona will be joining former GB and England legends Glenn Kirkham and James Fair (we announced last week) as part of our team at the event at the Lindum Sports ground.

More information about the event can be found here 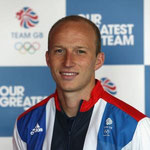 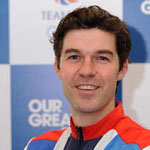 We are delighted to announce that Great Britain and England Hockey Legends Glenn Kirkham and James Fair will be joining our coaching team at the Lindum Sports Junior Hockey Camp (under 16s) and Adult Master Class Sessions (over 16s) as part of the official pitch opening on Friday 11th April 2014.

Glenn made 223 appearances for Great Britain and England before retiring in November 2013 from International Hockey. Glenn was a key part of England and Great Britain’s Progress over the last 10 years. Glenn currently plies his trade for East Grinstead in the NOW Pensions England Hockey Premier Division.

James has made 139 appearances for Great Britain and England. James efforts have helped GB and England win 3 major medals including Gold in 2009 at the European Championships where he was also named Goal Keeper of the Tournament. James currently plays for Cannock in the NOW Pensions England Hockey Premier Division.

We are absolutely delighted to have both Glenn and James join the coaching team as part of the official opening of this new fantastic hockey centre at the Lindum Sports Ground. This is a great opportunity for junior and senior hockey players to learn from two of Great Britain Hockey legends of the past decade.

We look forward to seeing many of you at this illustrious event.